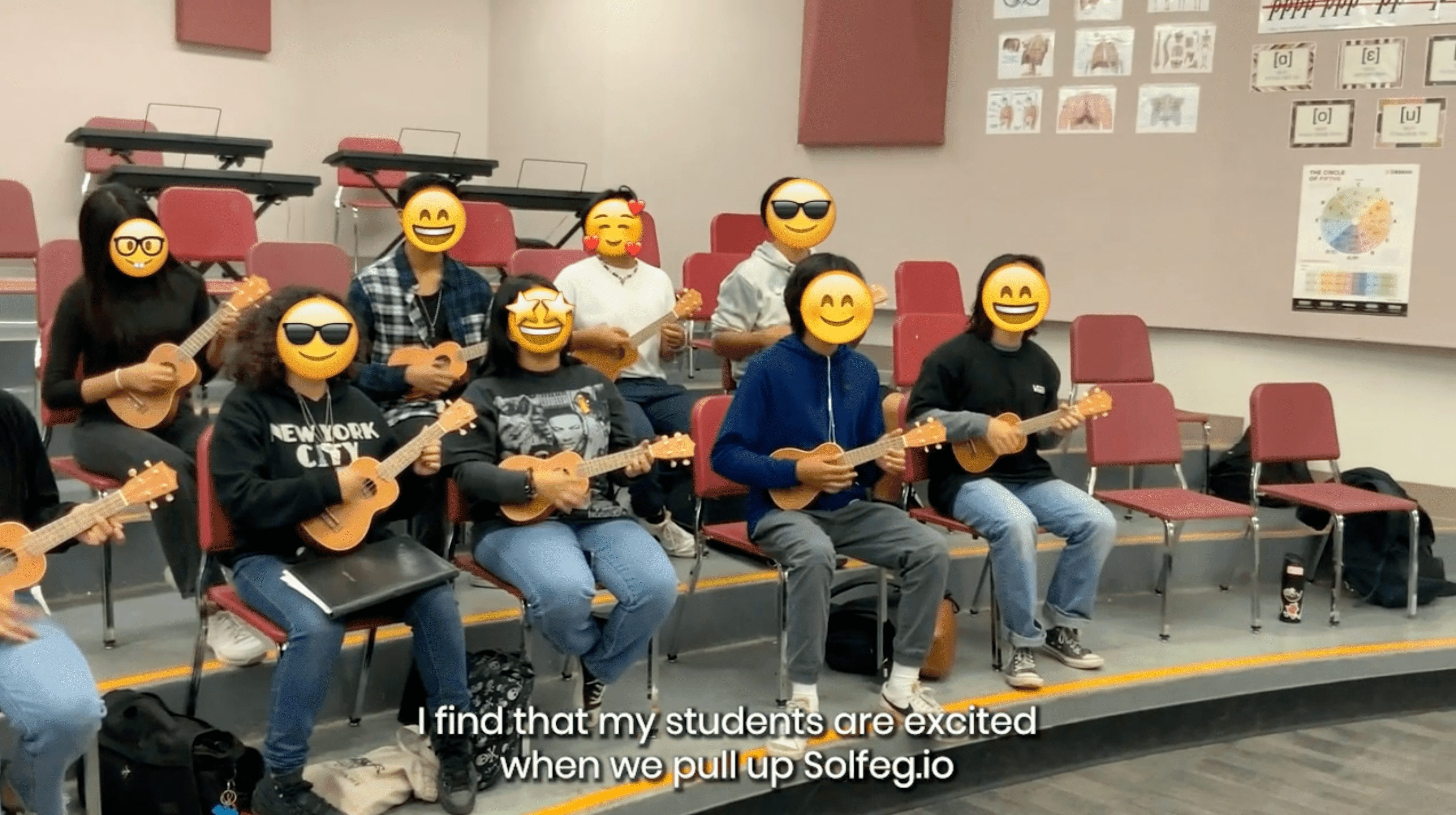 Dr. Jason Powell teaches symphonic orchestra, beginning guitar, beginning orchestral strings, concert choir and chorale at Palm Springs High School in California. He has used Solfeg.io at his school for about two years, and here's what he thinks!

Tell about your experience with Solfeg.io!

I primarily use Solfeg.io to get my kids excited about playing. I found playing the beginning method books or the practice exercises... (it’s) a little boring. The kids want to play stuff that’s exciting, that’s upbeat, that’s a little more fun. I also find that a lot of times beginning musicians are afraid of playing the wrong note, so they typically play reserved and to themselves.

I like Solfeg.io because I can put the music on - I turn it up ridiculously loud and so the kids can’t hear themselves, they’re just desperately trying to keep up. And because the beat continues on without them, they have no choice but to try. They have to move forward.

💡They have to keep playing even if they hit a wrong note. And it builds up confidence, it builds up their bow arm and builds up strong patterns. It gives them the excitement and the fun.

How do you use Solfeg.io in your class?

With my choir class, I try to bring in ukulele, guitar, drum pads and piano. And a lot of times these kids, they’re not ready for actual piano lessons, learning how to read notes. It’s more of an exploratory class. They want to get up and play. So I find songs that are very simple. I teach them one or two chords and I have them just massage the chord on the piano with the music.

I can do the same thing with my symphonic orchestra. A lot of times I’ll put up the songs and I’ll have them use that as a basis for soloing to play along with a group. If you’re a violinist, of course, the treble clef is up there in the vocal line. But what happens if it’s not? What if you’re a cellist? What are you going to play? And so I use this as an opportunity for them to practice real world situations, because the truth is they might be hired to play in a church or at a party, and they have to kind of play it by ear. They have to feel out what’s going on.

I use a lot for soloing. I use it a lot for introducing new types of chords. And if I want them to utilize only barre chords, I can pull up the song and they just have to go for it.

💡I find that my students are excited if we pull up Solfeg.io because it disguises all their mistakes. It gives them something to play along with. It’s fun popular music. It’s exciting to play.