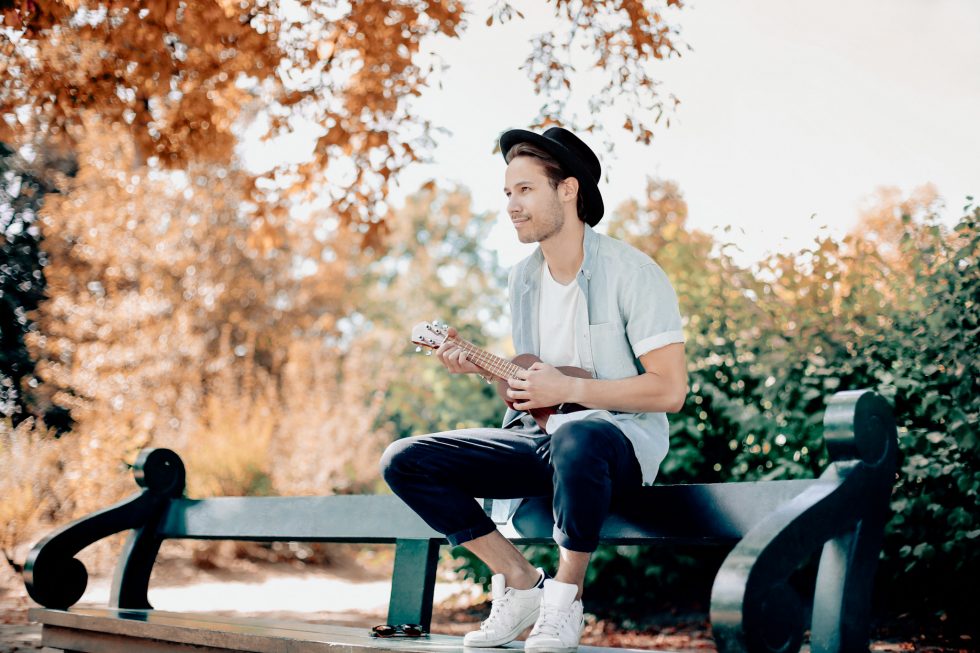 When you’re starting to learn chords on the ukulele, guitar, or piano, it’s a good idea to choose a song with easy chords.

Here are 13 two-chord songs for you to play and the chords to use.

Despite being a children’s song it is the best beginner song you can learn.

The Git Up - Blanco Brown

Taken the world by storm, The Git Up is a simple guitar or ukulele song. In fact, it’s a 2 chord ukulele song!

The entire song alternates between E and A chords.

The E chords can be tricky, but you can always just play C and F chords instead.

Learn to play the full song on Piano, Guitar & ukulele with the solfeg.io app.

One of the most successful songs of the 21st Century has received the GRAMMY for the “Record of the Year in 2016.

Learn to play the full song on Piano, Guitar & ukulele with the solfeg.io app.

Here is a song sample video that show how to play uptown funk chords on piano. This video show uptown funk G & Dm chords on ukulele.

“505” is an excellent song with two chords - an A minor chord and a B minor chord for beginners to practice barre chords and their transitions.

The Beatles’ 1966 hit, “Paperback Writer,” stayed in the charts for a long time.
This is an easy song to play that only has 2 chords.

The song consists of G7 and C major chords and G7 is a variation of the G major chord.
To play it on guitar or uke, play the 1st fret instead of the 3rd fret in the first string.

“Tomorrow Never Knows” is a lesser-known The Beatles song from 1966.

On guitar, the Bb major chord can be tricky if you are not used to the barre chords. If that is the case, place the barre to the 3rd fret up to the 4th string.

I Still Haven’t Found What I’m Looking For - U2

U2’s 1987. anthem is the perfect 2 chord guitar or ukulele song for beginners.

The two chords are C and F, the easiest ones to play on uke.

A bluesy piece created in collaboration between U2 and BB King - “When Loves Comes To Town”.

It is played with 2 of the easiest chords on the guitar - E and A major.

It's an easy song to become familiar with blues techniques.

You Can Never Tell – Chuck Berry

The song transitions between C and G major chords. When you are comfortable with the chord transitions, you can add the G7 chord.

A classic song from Led Zeppelin, “Whole Lotta Love” from 1969, has one of the best rock guitar riffs ever.

The song has two power chords - a D chord picked two times as separate notes of A and D, and an E power chord.
The strumming on the guitar or ukulele is a bit tricky and fast-paced, with mutes in between the power chords.

Break On Through – The Doors

The Doors classic “Break On Through” from 1967 was the band’s first single.

The song is mainly in E minor with occasional D major chords.

Born In The U.S.A. – Bruce Springsteen

A perfect choice for your first song to practice. A 1984 Bruce Springsteen  “Born In The U.S.A.” is an all-time rock classic that is fun and easy to play and sing.

The song goes between B major and E major chords.

If you are having a hard time with barre chords, on the guitar you can put a capo on the 2nd fret and play the song with A major and D major chords.

The song is played alternating between D and G major chords.

2 chord songs with A chord

2 chord songs with B chord