8 High School Musical Ideas that Your Students Will Love 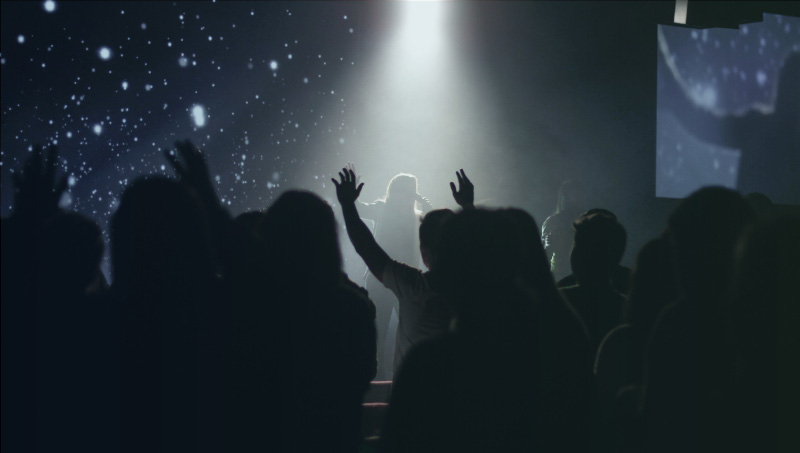 It comes around so quickly every year. It's time to choose the musical production that you will spend hundreds of hours teaching and rehearsing over the coming months. So how should you choose this year’s high school musical? You need to be passionate about the performance because it will only be a success if you put in the time and effort. And don’t forget, it’s not only you but your students will also spend their time working on this.

So how can you make sure your students love the production? In this article we present eight high school musical ideas. You can use these to make your school production a success. We also suggest some of the most popular high school plays that your students are sure to love.

1. Make sure Everyone has a Part to Play

It’s best to include as many students as possible in an end-of-year performance. Perhaps your school has a policy that all final year students should be involved or even on stage. Choosing high school musicals in such a way that everyone can take part is very important.

Selecting a musical based on cast size is one way to solve this issue. We suggest looking at the number of leading roles. This is also a good way to make sure a particular play is a good fit for your year group. Some musicals have one main leading role. Joseph and the Amazing Technicolor Dreamcoat is a great example of this. The student cast as Joseph has a far more important role than anyone else in the whole production. How would that go down with your students? It may be better to find a play with several leading roles, to share out the fame and glory.

The Addams Family is a very popular musical right now. Your students are too young to remember the original TV series, but they will love the catchy tunes and quirky characters. The Addams Family is about a ghoulish family. They wouldn’t look out of place in a horror movie or out trick-or-treating on Halloween.

In this musical episode in their lives Wednesday Addams, the daughter of Gomez and Morticia, has fallen in love with a man who her parents have never met. Wednesday confides in her father but asks him not to tell her mother about her new love. The Addams family then host a dinner for Wednesday’s “normal” boyfriend and his parents.

This is one of the musicals that has become popular over the past few years and it isn’t hard to see why. It has a typical teenage storyline. Many students can relate to introducing their new boy- or girlfriend to their parents. But the Addams family isn’t a normal family and their unique characters bring this story to life. The Addams Family is a great choice for your high school musical. There are several leading roles so it won’t be one student who’s always in the spotlight.

3. Use Tech to Rehearse More Effectively

Aside from choosing a musical and rehearsing it, there are other ways to get the best out of your students. Develop their understanding of musicals. Do other activities based around a theme in your musical. New tech can help you to access more musical material. You can move beyond the show's songs that your students may tire of rehearsing. Solfeg.io is an app designed for music learning. It has a wide range of songs that you can try out in class.

That’s our app in the picture, you can try it out for FREE!

We suggest choosing a theme from your musical to focus on in this exercise. For example, if you are doing Romeo and Juliet you could look at the songs in Solfeg.io. Ask students to choose a song that depicts a love story. Possible choices of songs include Taylor Swift’s Love Story and Oasis’s Wonderwall. Listen to the song together. Then discuss how the different musical elements describe a love story. The lyrics are important, but you can move beyond this. Examine other elements that help to support the love story theme.

There are even some songs on Solfeg.io that are from musicals. The song Over the Rainbow is originally from The Wizard of Oz. This is a great musical to do with your students. It has so many classic songs and they will enjoy watching the movie as well. On Solfeg.io the song is in an arrangement from the popular US TV serial Glee. Watching Glee with your students will inspire them in their own musical endeavors.

4. The Sound of Music

The Sound of Music remains a popular movie many years after its release. Based on a true story, it tells of a family escaping over the mountains from Austria to Switzerland on the eve of World War II. If your students haven’t seen it, this is a good opportunity for them to learn about a classic musical movie. They will also gain some historical knowledge. Vocalists will enjoy singing the songs and learning some classic tunes.

With seven children, the Von Trapp family provides enough leading roles to satisfy most school year groups. Students will love practicing their yodeling. This is a vocal technique which appears in the song The Lonely Goatherd.

5. Choose a Musical based on a Recent Movie

Perhaps you think your students won’t enjoy performing a classic musical. Or maybe you would like to try something new. A great way to find new inspiration for easy musicals for high school is to check out new movie releases. See which have been made into musicals. It usually takes a few years before a movie is released as a musical. This means your teenage high school students will remember seeing the movie first.

Selecting a musical based on a recent movie is a great option for several reasons. There are many supporting activities you can do alongside rehearsals. Watching the movie together is an obvious idea. Then you can take this further by discussing differences between the movie and the musical. Other fun activities include creating scenery and costumes based on the movie.

6. Beauty and the Beast

There are plenty of tie-in activities with this show. As well as being a movie, it was originally a traditional fairy tale. You can compare and discuss different tellings of the story. Then link it to further teaching activities about folk stories. A classic love story with some clever twists, students will enjoy putting on their own production of the movie that they like.

7. Musicals with Teenage Themes are Popular

There is no better way to reach out to your students than by selecting a musical with a theme that they can relate to. Many musicals tell a love story or a tale about a character overcoming difficulties. But those that relate to teenagers are great choices for musicals for high school. Teenage angst, problems with parents, and of course teenage romance are all important issues for young people. A musical that connects with your students' teenage experience will offer multiple advantages.

Firstly, they will be passionate about rehearsing and performing the show. They will want to do their best. They will be able to connect to the characters in the story. But more importantly, they will learn how these teenage issues can be depicted in a performance. Singing about their problems can be a great way to get them off their chests.

High School Musical is a great choice for a musical that deals with teenage issues. Being set in a school makes this a very popular choice. The first High School Musical movie was released in 2006. It became an immediate success, spawning two sequels. Although your students were probably too young to have enjoyed the movie back then, it has proved enduringly popular.

High School Musical is a classic romance story set in a high school. It has a large ensemble cast and plenty of catchy songs to learn. Your students will love being the stars of their very own high school musical!

"From choosing a play, to auditions, rehearsals and the final performance, putting on a musical production is hard work. These eight ideas have provided many examples of shows to choose from and tips on how to rehearse. We have also included related learning activities to teach alongside. Using some of these ideas will help you to put on the best high school musical production."

Thank you! Your submission has been received!
Oops! Something went wrong while submitting the form.