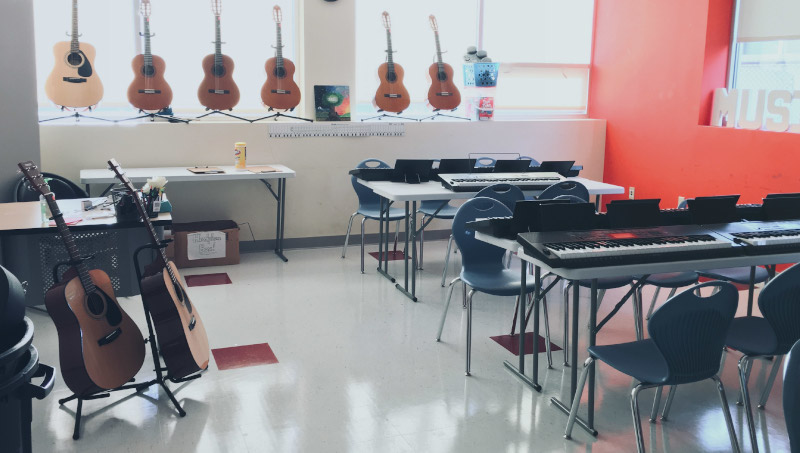 Engaging students with technology can sometimes be like driving without a GPS. With so many different roads to take, it’s easy for students to get distracted or lose sight of the destination. Beginning as a new teacher in 2017, I was jazzed about using new technology education tools, but weary about classroom management and their actual alignment with my program’s objectives. Using classroom technology effectively is not typically something that you learn in your certification program.

The difference an app made

When I began my first job at Pioneer Charter School I wanted to incorporate new tech tools right away and master their use in a group setting. So, instead of elective classes for band and chorus, I decided all students would take general music. This would help to make the classes non-elite and maybe provide the “other 80%” opportunities to benefit from music. As a side note, Pioneer is an extremely diverse inner-city STEM school, hosting over 75% students on reduced or free lunch. I knew that these students were already listening and learning their own music, it was just a matter of whether I was going to engage them in it or not. We started off learning each instrument together as a group. It was successful to the point where every student got to explore a variety of different sounds and playing styles. This led to students picking an instrument of choice and practicing in small groups. I saw a lot of success when students where instructing each other on how to rehearse. A lot of my more introverted students actually stepped out of their comfort zone and encouraged the group.

"Unfortunately for me, I was over my head in making Sibelius arrangements and printing hundreds of copies of music. Solfeg.io was the answer to my prayers."

I started exploring the web-app and immediately knew I needed it in my classroom. From here I started a demo and immediately went back to group instruction for each instrument. I taught them how to read from the digital score and follow along with the visuals. Students were hooked! I could see their attention and focus almost double as they worked to play all the notes before the playback. It almost was like a game, which any teacher would say is an ideal way of learning. It also allowed them to make mistakes, which even in small groups was a challenge as they held themselves to their own highest standard. As a teacher I felt a huge weight lift off my shoulders. Now that I wasn’t frantically running about making copies or digitizing notes. I could work one-on-one and be present for my students. Scary enough, it almost felt like there were two teacher’s in the room. Talk about an advantage!

I’m going on my third-year teaching, which to some of you may seem like very little time, but in all has really shaped the type of teacher I want to be. Since I began using Sofeg.io in a group setting I have now mastered it enough to incorporate other technologies alongside it. Students now complete recording projects where they use the software as a lead sheet and record an instrumental version in a DAW. Students have also been inspired to write their own music in the styles of some of the artists in Solfeg.io’s catalog. Overall, I am so happy that Solfeg.io has now become an integrated part of my classroom. I hope you too can take the time to explore its capabilities and match it with the objectives in your program. You will not be disappointed! 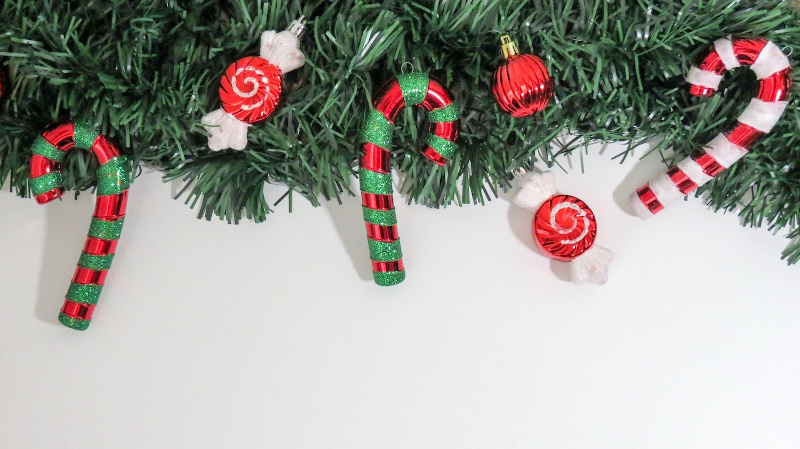 19 songs great for the holidays 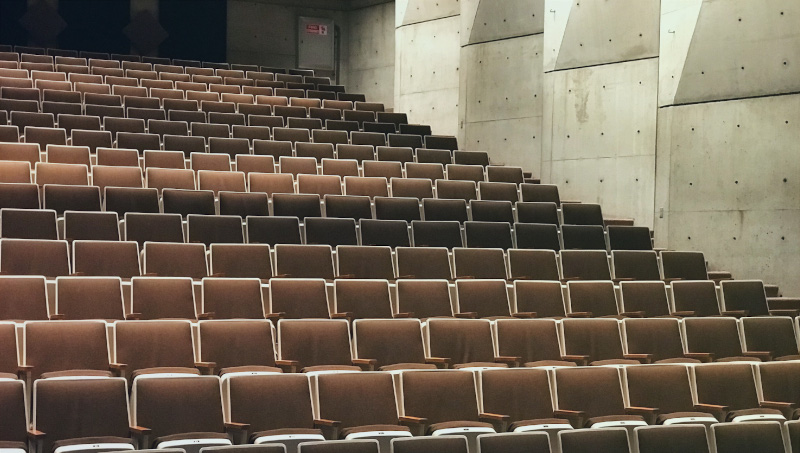 How to Produce the Best End of Year Concert 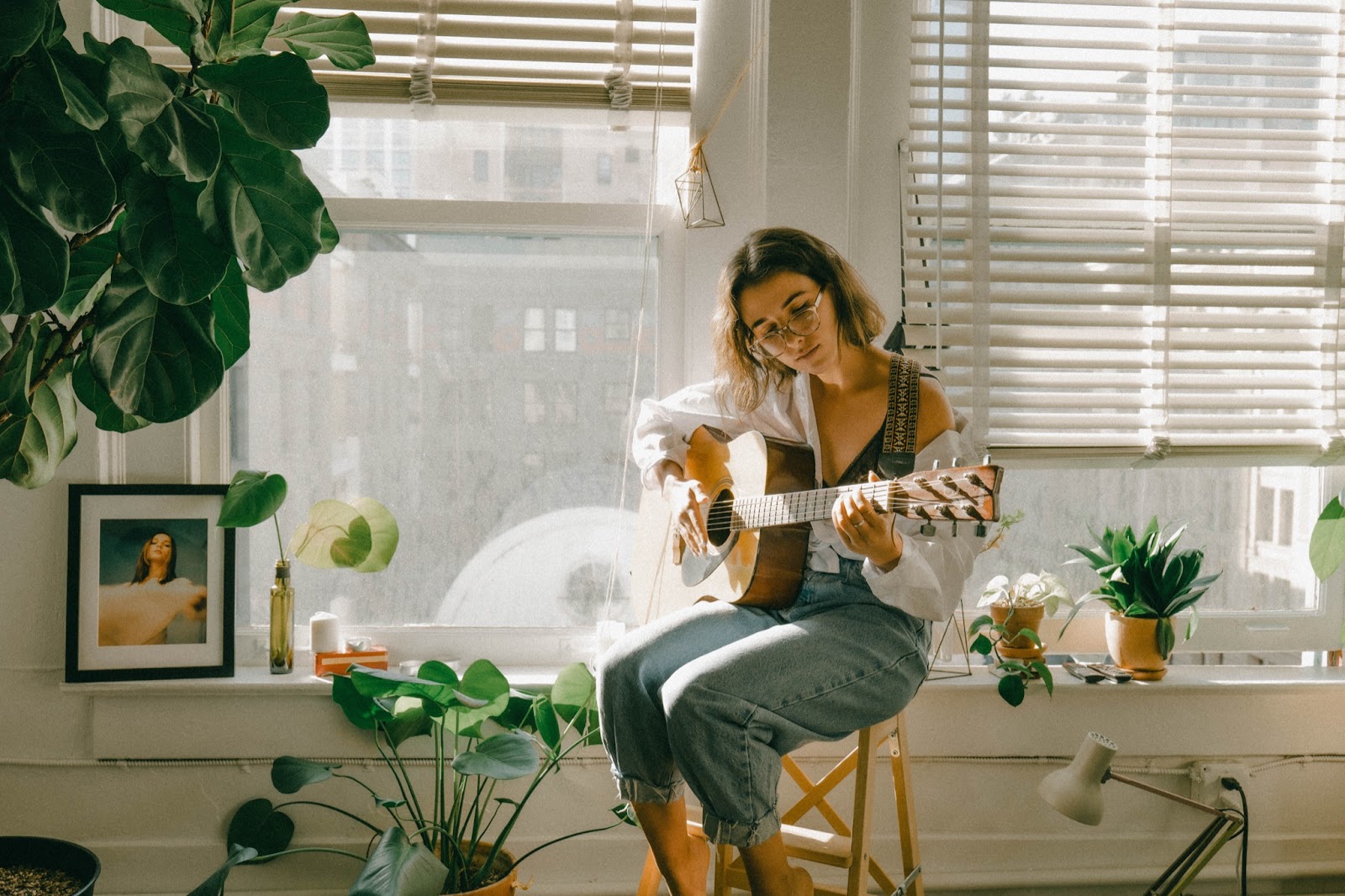 How to Learn Guitar by Yourself

Thank you! Your submission has been received!
Oops! Something went wrong while submitting the form.